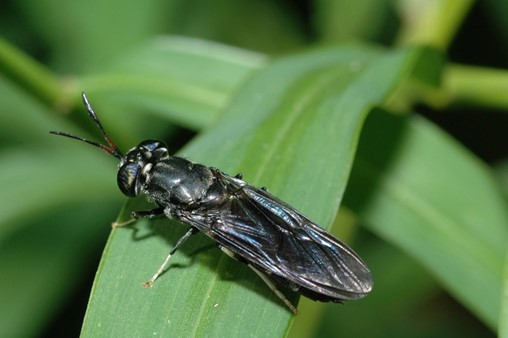 Producing recombinant proteins in fly larvae instead of single-cell technologies could reduce biomanufacturing costs by up to 90%, says bioprocess startup firm Proteinea. Proteinea, a US and Egyptian startup, is looking to change the economics of biomanufacturing. The firm challenging the standard of using stainless-steel or single-use bioreactor systems to produce biologics by instead leveraging its insect-based biotechnology platform. Rather than produce a recombinant protein in single bacteria, yeast or mammalian cells, the firm uses InsectaPro, its platform comprising of black soldier fly larvae utilized as mini-bioreactors. The mass-reared insect approach can, the firm says, reduce operational costs of biomanufacturing by up to 90% and reduce capital costs by between 60 and 80%. “We integrate the gene of interest inside the larvae using transient or stable expression methods to produce batch or continuous production of the protein,” Abdulaziz Elgammal, CTO of Proteinea, told us. “We use gene-editing techniques such as CRISPR to transform the larvae to produce the protein continuously over the cycles. We also have a proprietary method to transform the larvae at later developmental stages to produce the protein in batches.” The process uses AI-enhanced protein analysis and computer-aided DNA vector design. As for the ‘bioreactors,’ these begin life with the fly laying 400-800 eggs that hatch into larvae in what the firm calls “a Love Cage.” The mass-reared larvae are then fed on organic by-products where they grow substantially over 12 days. “We integrate machine learning for the design and the predictability of the production process. Our proprietary platform promises better scalability, faster uptime, and a big reduction in capital and operational cost. The farming process is modular so that it supports the decentralization of biomanufacturing,” Elgammal said. Presently Proteinea is in the proof of concept stage but is reaching out to partners to codevelop products with them. In a presentation sent to this publication, the firm names aquaculture feed firm Skretting and fragrance firm Givauden as potential customers, but the firm is expanding with a hope to catch the attention of the biopharma industry. “We have a pilot facility producing tens of hundreds of kilograms per day and we are building our facility for one ton per day. We are raising investment to get post large-scale proof of concept and be ready to build our GMP facility.” Proteinea is not the only company looking to insects as an alternative to industrial bioreactors. Algenex has an expression platform called CrisBio based on insect pupae, or more specifically the cabbage looper (Trichoplusia ni) moth, which serves as a natural host for the AcMNPV Baculovirus vector. In November 2019, the European Medicines Agency (EMA) accepted a submission to review a recombinant virus like particle (VLP)-based vaccine produced using Algenex’ proprietary CrisBio technology. While it was for a veterinary vaccine, the review demonstrated the potential of insect-based bioprocessing.

Your password will be sent to your email address